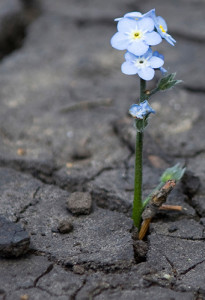 It has been over 2 years since I have written in my blog and updated you on what has been happening in my life. Many of you may have already heard or may have picked it up along the way. Many of you have been praying for me, and for that I am more than thankful. These last 2 years have taken me to the depths of pain, have caused me to question life and death and have brought me to places I never want to experience again.

It was 2 years ago on June 27th that the love of my life, ministry partner and best friend for over 30 years, Jon Michael Smith, passed away and went home to be with our Eternal Father in Heaven. He was only 48 and it was totally unexpected and the worst day of my entire life. I will try to share our story. I hope in doing so you can experience just a piece of the deep love that we shared and get a glimpse into the depths of the cistern that I have been trying to pull myself out of.

As all love stories begin we were living the life, thoroughly enjoying the love that God had blessed us with together. Over the years we had enjoyed spending every minute of every day together. We were each others best friends. We had first met on the first day of college and developed a lasting friendship that after some unfortunate situations (our divorces), we started our dream life together on May 22nd, 1999. We knew that blending 2 families together was going to be a challenge but we were determined to form a lasting family that would not break, no matter what came along our path. The early years were difficult but we were intentional in every thing we did and Jon led the family on a Spiritual journey that would change our lives forever.

The biggest blessing we had was that we were truly best friends first and thoroughly enjoyed spending time together. We were a great pair, were very compatible and worked well together. It was this deep friendship that brought us through the thicket of blending and the daily challenges in life. We were also fortunate enough to be in a 2nd generation of a manufacturing business. This enabled us to be able to work together side by side every day. Jon was the General Manager and I took care of the accounting. This opportunity aided in him being able to satisfy a promise he made to me at age 18 when I first met him due to my broken ankle. After discovering I was not eating lunch due to the crutches he promised I would never have to eat lunch alone again. For our last 15 years together he made sure I had lunch everyday as we enjoyed any time we could have together.

We were also hugely involved with ministry. We began leading DivorceCare together after our 1st year of marriage. It started as being my dream and he relunctedly agreed to support me with the agreement that if there was a male who attended that first night, God was calling him to co-lead with me. He felt that was a pretty safe bet. Surprisingly enough, there were 3 people who came that first night and they were ALL men! For the next 9 years we served faithfully and thoroughly loved doing ministry together. After 9 years we developed a Marriage Ministry in our church and that became our next passion. We led marriage groups, did premarital for remarrying couples, led blended family small groups, counseled crisis couples and even led our first ever weekend marriage retreat. It got to where we would spend a minimal of 3 nights a week at church ministering to individuals, couples or families. Then in 2009 Jon accepted the role of being the chairman of our Overseer Board at church. This was a huge commitment as our church was going through some really tough times and before we knew it we were at church pretty much every day of the week. It may sound like a lot, but as long as we were together we were fine. We fed off each other, we supported each other, we encouraged each other but most of all we just enjoyed each other no matter what it was that we were doing.

Then in March of 2012 our lives would change forever. We had just spent a week on a Sandy Patti cruise with our dear friends when he came home and announced he felt “odd”. He went to the doctor but no one could find anything wrong. Three weeks later we went to Jamaica, we loved vacationing together. It was there when things took a drastic turn and he ended up in the ER on our way home from the airport. We still could get no answers and this started our journey of doctor after doctor, test after test, all ending with no answers. After a short 3 weeks and loosing 100 pounds we found ourselves in Rochester at the Mayo Hospital begging for answers. After spending 3 solid weeks at Rochester, taking test after test, and after being misdiagnosed with Lymphoma, it was discovered that he had a very rare blood disease called Amyloidosis. Part of what was so frustrating is that there is no cause or cure for this terrible disease. The only way to treat this disease is to perform a full stem cell transplant. But because of his weakening state he did not qualify to do a stem cell transplant immediately, instead we were to go through 16 weeks of thorough chemo therapy in hopes to slow down the production of these bad protein cells that were attacking his organs. We started the program immediately and he received his first chemo treatment on May 4th, 2012. If it hadn’t already been frustrating enough getting answers it just continued as we never really knew what to expect and was just taking one day at a time. But as odd as it may seem on the outside, we NEVER even doubted for a second that he would not make it. It honestly never entered our minds. Call it denial or whatever, but that was never an option we even entertained. So it was very unexpected when at 8:48 pm on Wednesday night June 27th Jon fell to the floor and took his last breath. There was no struggle, except for me screaming at him to hang on, he just took 3 deep breaths and then he was gone…forever. I was home alone with him that night so the memories of that night will haunt me forever. But no memory is as bad as not being able to spend the rest of my life with my best friend. This night truly has brought me to the bottom of the pit where I didn’t even want to climb out.

Like I had said earlier, we had a blended family with 4 kids, 2 of mine and 2 were his. At the time of his passing we had just reached the empty nest as all 4 were in college and out of the house. We had just begun to enjoy our honeymoon stage and enthusiastically started planning how we were going to spend the rest of our lives together, just the two of us. Our children were ages 18 to 24. Our oldest was recently married and our 2nd had just recently gotten engaged to be married on September 1st of that year. Our 3rd was attending college in Pennsylvania and our youngest had just started in Denver Colorado. It was during the summer so thankfully the 2 youngest (which were his) were home with us for the summer. The other 2 lived within in only an hour away. One thing I will never regret is from the moment of coming home from our Jamaica trip I pulled out of everything and taking care of him was my one and only responsibility. Something I am so thankful for and wish more than anything I could still be honored to spend the rest of my life caring for my love.

For the first year after he went home I honestly don’t remember much. I literally only took one minute, sometimes a second, at a time and focused on breathing. I did not do much with my job, The Big D or anything at church. It truly was a time of deep loss and attempting to regain strength to continue to fight. When the 2nd year came I found myself with more strength and being able to work again. I still did not volunteer at church and really focused on who I was without him and what my new life was going to look like. Many times it was exhausting and I found myself on that roller coaster of grief constantly. One thing I continuously struggled with was why God took him and not me. Jon had so many important roles to fulfill, he was much stronger, more financially able to provide and able to take care of the everyday challenges that living alone brings. It was then that I was faced with deciding if I would be fulfilling my role at a conference in Nashville for our ministry, Sonset Point Ministries (the umbrella of The Big D and Slippery Slope). I decided to take this opportunity to decide if I would be able to continue this ministry that was such a piece of our hearts. It was a very emotional trip and there were many stumbling blocks along the way, which caused me to question everything, until the moment the conference started. It was the 1st time in the 15 months that I actually felt like myself again. I knew without a doubt that this is exactly what Jon would want me to do and even more, I finally knew why God chose to keep me here. In that one moment, my new life started to take shape and I felt a hope that I had not felt in almost 2 years.

As I started looking at and seeking out what God would want me to do, I decided to develop this new endeavor, Journey Through Divorce. It is an exciting way that I feel I can make a difference in peoples lives by using my personal experience and all the years and years of ministry that Jon and I did together. It was a way to carry on his legacy through helping others, the passion of our hearts. I am also continuing with The Big D and The Slippery Slope. It is through all 3 of these avenues that I want to Bring Hope and Healing to the Families of Divorce.

I invite you to join me by not only supporting me but I ask you to pray for me, that God would continue to give me strength to move forward and use the gifts and passions that He has given me to carry on Jon’s legacy and turn the pain and loss of this world into hope and healing through Him.