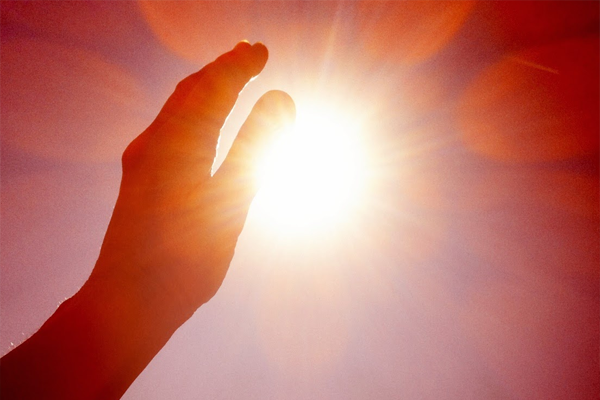 14 years!  That was the magical number of years I was told that it would take for me to heal from my divorce.  I was told that if you doubled the years you were married, it would be approximately the amount of time that it would take to heal from the wounds of your unwanted divorce. At the time I was 28 years old, had three little ones and looking at 14 years seemed to be an eternity.  It would mean I would be 41 years old when I “healed”.  At 28, waiting until I was 41 seemed too old to start over, too old to start looking for love again, and really just plain too old.  Guess what!  I am now 41 and I am not old! I smile to my younger me and, at the same time, shake my head in sadness over the foolishness of not taking wisdom from people that were wiser than myself.  My heart breaks over the choices I made despite what others were advising me against.  I grieve for my children, my extended family, and most of all my relationship with God due to the choices I made that wounded so many along the way. Were those choices sinful?  Some, yes.  Some, no.  But, because they were done against wise counsel they were not the best choices and I not only suffered the consequences, others around me did also.

Proverbs 12:15 says, “The way of the fool is right in his own eyes, but a wise man is he who listens to counsel.” So many times I became the fool.  Why?  Because I looked the other way when others were putting up red flags and jumping up and down with white hankies in their hands. All the while I figuratively stuck up my middle finger and told them, by my actions, that they were the fools.  How I must have looked to them!  How foolish I must have seemed.  I know!  This may be a hard hitting piece.  But, with every fiber of my being, my prayer is that through my experiences some of you can decide to choose the better path, no matter how hard that may seem.

The next part of this piece is very personal and raw and humbling.  It is a chapter of my life that I both wish could be deleted and rewritten and, at the same time, kept and treasured.  And, as a disclaimer, my husband, Steve, has given me his blessing to share this with you.

After my former husband left me, (Yes, former husband, not x, but that reasoning is for another time and story.) I found a Divorce Care program that I began to attend.  While attending Divorce Care I met a most intriguing man.  To make a long story short, Steve, this most intriguing man, won my heart and we started dating a couple of years after my former husband left me.  I had a few very wise people counsel me that it was too soon for me to be dating and that I needed to spend my time developing my relationship with Jesus and my children.  This is where my story becomes that mix of erase, don’t erase.  After two and a half years of dating Steve and I married and believed that we would break all of the molds and start a new one.  Why couldn’t we?  Our children got along, Steve was good with mine and they liked him, and we were madly in love!  And, don’t you know that when you are in love that is all you need.  Right? Well, not even a week into our marriage we were having our first loud and very nasty fight.  And this was even before our children came back home after our honeymoon.  Then, after our children came back, we had more to fight about, more baggage to sling around and more dirty laundry to throw at each other.  As the years continued it did not get any better; it got devastatingly worse.  We suffered, our children suffered and the ministries that we so desperately wanted to work on together suffered.  This is when the delete and rewrite comes in.

Neither Steve nor I had taken the right amount of time and effort to truly turn to Christ and Him alone for our needs and desires and healing before we put our needs and desires onto each other.   When you foolishly walk, and I say foolishly because we were both wisely warned, into something despite the forewarnings of others you will fall flat on your face.  And when we plummeted into the lower level of human nature, we took five innocent children with us.  Our children heard us yell and scream, slam doors and throw things, and even on occasion watched one or the other of us walk out and drive away.  Oh how my heart bleeds for them, for the innocent years lost not only from the devastating effects of divorce, but now from the overwhelming confusion of a marriage that was supposed to be a Godly example to them.  They witnesssed our wedding pledges to one another in front of God that we would love and cherish each other and now, for the most part, all they had seen was discord and even, at times, fear.  Erase and rewrite my foolishness please.

We have said many times over the years that if we were not believers we would never have made it this far. I have also been known to say that we are only still married because we are too stubborn to admit defeat.  So, where is the kept and treasured part of this story?  It is through the lessons learned, the grace given without merit, and the maturing love that I now have for my husband and he for me.  It is in our children seeing a marriage so flawed that the culture would have said to give up and move onto greener pastures find the strength to continue.  It is for the forgiveness that we have been able to share and reflect Christ’s forgiveness to us for each other.

But, I must make a disclaimer and put a large blinking neon sign in front of you.  We should have never married as soon as we did; not to each other or anyone else.  We needed to take those years to heal and drench ourselves in our relationships with Christ.  Put aside your earthly wants and desires. Cling to and bask in the everlasting and unfailing love of Jesus and all that He has to offer you.  I can promise you, it will hurt.  And it will, at times, be very lonely. It will even feel like a thousand knives cutting your heart to shreds.  But, in the end, it will be worth it and you won’t have to ask for a delete and rewrite button.  You won’t have to wonder, “what if?” You will be able to look to God and know that He is making your life beautiful for His glory and for your good.  Listen to wisdom.  Listen to those Godly people around you that have been brought into your life for a specific reason.  Being wise and mute is far better than being heard and sounding like a foolish lunatic.  Fourteen years later I wish with every fiber of my being that I would have listened to the counsel around me and not made some of the foolish choices I did.

My prayer for you is to listen to those around you, be sensitive to the lives you touch, be open to learn what God is teaching you and mostly dive into the security of a deep and loving relationship with your Heavenly Father, who will never let you down.