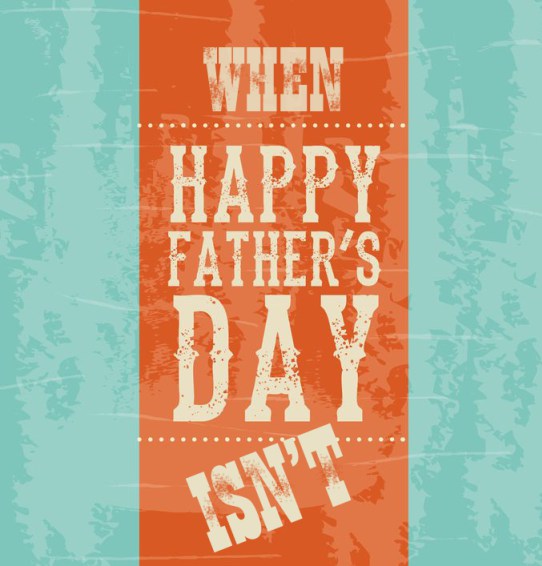 “Can you believe he didn’t even come to his own granddaughter’s graduation?”

With fire in her eyes my friend continued with,

“He didn’t even bother to call or send a card. What’s wrong with a man like that?”

This isn’t the first conversation we have had about her dad. As a grown woman what she really wants to know is,

Why, why, why rings out in every holiday, anniversary and birthday conversation we have. And the most hurtful question of all and the one she repeats to me in agony is,

“Why hasn’t he ever told me he loves me?”

Maybe, just maybe, if children’s church leaders address some of these issues today, the children won’t grow up and agonize over yesterday.

Recently I read a great Father’s Day lesson. I agree with everything this lesson said. It had some great games; well thought out lesson plan with scriptures about honoring our fathers. I mean it was really good. However, there was something missing. It did not accommodate the child who doesn’t have a father in the home.

What is the child who doesn’t live with their dad supposed to do on Father’s Day?

How can a child celebrate and honor a loving father when they don’t have one?

I’m not saying we should change how we approach the concept of Father’s Day. It is a day we should celebrate. It is good to honor our earthly fathers and we have a responsibility to tell children what the Bible says about honoring our fathers. What I am saying is, stop and think a minute about how you are going to incorporate those children who don’t have a father in the home.

When you are talking about father traits and responsibilities ask the question, “If your father doesn’t live with you, who do you call on to help you with your Scout projects?” (Or homework, soccer, etc.) This gives the child of divorce an opportunity to be included and feel part of the group. Include several comments about how God can become the father in your home when you don’t have an earthly father living at home.

This is a simple step but it can produce huge pay offs for the child’s future.

You may be thinking to yourself that you only have these kids for an hour or so once a week or every other week. You may wonder if you can make a difference. Yes, you can!

This Sunday you may have hurting dads sitting in your midst. These are the dads who don’t have custody or who don’t get to see their children as often as they’d like. What will you do to honor these dads?

From the Kids and Divorce blog we salute all of the single dads, the co-parenting dads, the dads with full custody, the weekend dads and the dads who only get to see their children on holidays. Thank you for all you do to be a dad to your children.

“I will be a Father to you, and you will be my sons and daughters, says the Lord Almighty.” 2 Corinthians 6:18