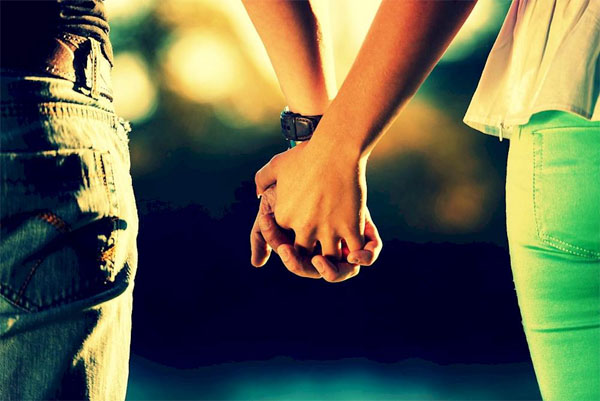 If you’ve grown up with divorced parents, you’ve probably heard the thoughts that others have on the subject. But if you haven’t grown up in a split home, you don’t even know the half of it. This article isn’t here to bash those that got to grow up in a solid home but to help you better understand what it’s like for those who didn’t.

The most common thing I heard while growing up from the kids I went to school with was that it was probably “so cool to have two of everything.” No. It wasn’t. Your friends thought that having two houses and two rooms was the coolest thing ever. But when you live out of a suitcase every other weekend, it gets exhausting. What people don’t see is the back and forth. When a friend asked you to hang out, you couldn’t give them an answer right then. You had to go back to your parents and figure out where exactly you would be living that weekend. And then whose house you were at changed your whole weekend. Your sense of ‘home’ got so misconstrued because you were constantly bouncing between two houses and two families. There was no constant, and after a while, that really starts to impact you.

The holidays were another story. When your parents are divorced, you probably aren’t having one giant Christmas with the whole family. You had multiple, and when you told your friends that, they almost showed jealousy because they felt that you were going to get more presents than them. But that was not the case. There is no comfort in spending the holidays in one place, no matter the holiday. It felt like you were being shipped around like some sort of guest trying to make as many appearances as possible. I love my family, don’t get me wrong, but this is tiring. It makes you want to stay home by yourself and just not even celebrate the holiday because it’s so forced and planned out.

One of the biggest things that people without divorced parents don’t understand is how it affects us mentally and emotionally in general and in all of our relationships. When you’re younger, it doesn’t really hit you. You learn to be independent earlier on, and in some ways, it’s beneficial. But when you start to get older and begin to have relationships with people, it really begins to take a toll on you. When your parents are divorced, your trust in other people is greatly affected. You feel like you have been abandoned and left to fend for yourself. It’s harder to trust people, even if they are telling the truth just because of everything you’ve been through. You’re constantly scared of people leaving because you watched a parent, someone who is connected to you in a way that can never be changed, walk away from you and your family. It makes you question your worth and if certain things are even worth your time because you have a mindset that, in the end, everyone leaves. Having divorced parents is not glamorous or fun like some people see it. It’s hard, and it’s something that you will never get over. You deal with it your whole life, and it doesn’t really ever change.

So if you’re a friend of someone with divorced parents or in a relationship with someone who has gone through this, I encourage you to be a little more sensitive about things you might not necessarily think are a big deal. Because we feel like we are missing something or there is still a void in our lives, we are going to love with all we have. We are going to give our all in everything we do and every relationship we have because we don’t want to put anyone through what we’ve been through. If you’re dating someone whose parents split up, no matter if they were 2 or 20 when it happened, know that they are going to give it their all. That they are 120 percent invested, and they are going to come to you with things. Don’t shut them out or make them feel crazy. Their intention is not to make you fill the huge hole in their life caused by divorce, but just to make things easier. When they are loving you, it makes them feel important and gives them a chance to not make the same mistakes they saw happen right before their eyes.

Divorce isn’t glamorous or fun. It’s heartbreak and sadness. It doesn’t just impact the two people directly involved, but all the parties surrounding those people. So don’t write us off. Know we’ve experienced things that will stick with us forever.