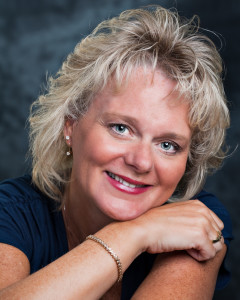 Divorced….I never in a million years imagined I’d have that label. My life certainly did not turn out as I planned when I was 20 and graduating with a 2 year degree in Accounting. But this is the life I have been dealt, some due to my own choices and some due to situations beyond my control. At first I was stuck wondering “Why? Why me?” But even years later it’s not the why that bothers me the most, it’s the “If Only’s”.

Although at times, it seems like a lifetime ago, in a lot of ways when I think back to my divorce and my single parent days it seems like I am watching a movie. I got married a year after I graduated from a Community College. We had some struggles but overall really enjoyed being with each other and started planning our family together. We had 2 absolutely beautiful children, one boy and one girl, but after 9 years we separated which started a 2 year battle between letting go and moving on. My kids were 4 and 6 when we separated. Knowing I had failed in giving them a stable loving home to be raised in was my hardest struggle.

Being a single parent meant a lot of changes. I used to be mostly a stay at home mom, and now I had to go back to work full time. It meant selling our home and moving into something much smaller. It meant spending nights and days without my babies as they got to spend time with their dad. It meant a lot of necessary changes and none of them were easy to do. Their dad really stepped up and became a great father. As hard as it was not to have them with me I could not imagine being him who had to go to bed most nights without tucking them in and having them jump on him to wake him up in the mornings. So I vowed to always encourage their relationship and do whatever I could to make this very unfortunate situation not affect their lives negatively. And as hard as I tried, I also learned the scars were inevitable and the losses could never be replaced.

It was during this time when I finally sought additional outside help. I traveled 30 minutes one way every week to attend a divorce recovery group and the kids attended a family change group. It was a sacrifice for all of us but one I never regretted. I also started seeing a Christian counselor, which I still see periodically 20 years later. I valued all input and intently put to work all that I was learning. It was the health and security of my kids that drove me to continuously seek out help. The things I learned during this time have been invaluable and used over and over again throughout the years.

Coparenting became a choice. A necessary choice. How I chose to work with my ex was going to shape and define how my kids would be raised. Although at times it was difficult, we managed to work together to always put the kids needs first and focused on making this unfortunate situation as best as we could for them. Something I feel we did very well at. But it took both of us to put our weapons done when dealing with the kids and continuously put their needs first above our own agendas. Something I will never regret and something the kids to this day thank us for.

Six years after my marriage ended I remarried my best friend from college. He had 2 children, a girl and a boy, as well. This started us on a blending situation, which was far more difficult than anyone could imagine. Do not go into remarriage lightly. It is a whole new struggle, once again involving the health and security of our children, who never asked for any of this. We were committed to bring this family together and would do whatever it took to make that happen. That involved attending many marriage and family seminars and classes, reading books, being intentional about putting each other first and becoming very actively involved in a good solid Christian church family. The road held many rocks and even some pot holes but after about 5 years we finally started to see some progress. One thing I was very intentional about was creating moments that mattered. Each event or moment became a stepping stone to the strength of our marriage and the blending of our family. After being married for 12 years all 4 of our children graduated from high school and began their new lives for themselves, but with a very strong family bond to help them along the way.

We had no idea until they had all graduated just how important this family bond would become. Within one year of us being empty nesters, our honeymoon as we always looked at it, my husband passed away unexpectedly from a very rare illness. This devastated our family and carried with it a whole new set of hurts and losses. I am still in the middle of this grief process but I can assure you the sweetest gift he left behind was the beautiful gift of our family. Without them I would never have made it through this leg of my journey.

So throughout the past 30 years I have had my share of pain and losses. Some due to divorce and some due to death. But either way, as unbearable as the pain may be, a new day starts each morning and I need to decide to sink or swim. I am no stranger to pain. I know the challenges of waking up to start a new day. But one thing I have also learned is that a journey takes two. And having someone to walk with you down this road to help share the burden is half the battle. I want to be that person for you. Would you allow me to stand by your side, sharing in the daily struggles of change and loss and finding hope at the end of your journey? My view of hope has changed a number of times through the years, but without hope I would have nothing. I hope you take the necessary steps to bringing hope to you and your family as we take this journey together.