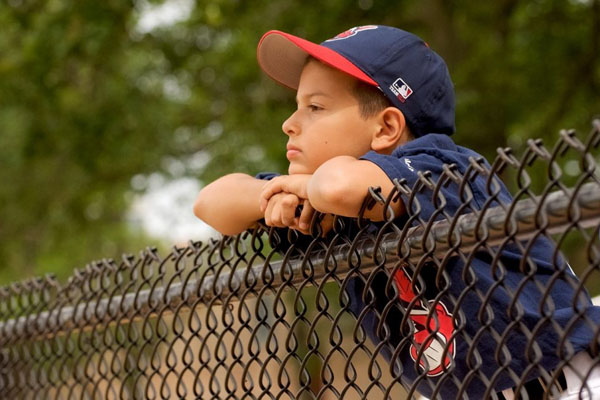 When God first called me into this ministry, I have to say that it didn’t make any sense to me. I am not a child of divorce, not have I been divorced myself. Nonetheless, I began to research the impact of divorce on kids and resonate with much of what I was reading. That said, despite reading thousands upon thousands of pages of research, advice and pontification, it was only after I started to hear the first-hand accounts of children of divorce that I began to truly understand how permeating the effects of divorce are on a child. So, with great anticipation, and a sense of great responsibility, I am starting a new series here on Hope 4 Hurting Kids called “Divorce Through Their Eyes.” In this series, we will look at some firsthand accounts of children who have been there and can recount from their own experience how divorce affected their lives.

This first story comes from a young gentleman named Andy Campbell who tells the story of how the divorce of his parents impacted something as simple as a 10 year old’s baseball game. He writes poignantly about how his parents’ divorce affected him in very profound, and often times unseen, ways in an April 24, 2012 article titled Confessions Of A Divorce Kid: The Awkward Baseball Game:

It’s the bottom of the ninth. Full count, two outs and the bases are loaded. I could win the game with one accurate swing. The weight of the world is on my 10-year-old shoulders.

But standing there, staring into the pitcher’s eyes, I’m not thinking about the fact that I could win or lose a big game for my team. I’m too worried about after the game — and mom and dad sitting on opposite sides of the bleachers, their gaze cast down on me like white-hot spotlights.

When the game ends, win or lose, which parent will I go to first?

It might seem like a small-potatoes dilemma for a white suburban child of divorce. But awkward baseball games — and all the divorce politics that come with them — are some of my most vivid memories, mostly because they were the most stressful events of my young life. I mean, I could win a baseball game any time, but I had the emotional scarring and heart-breaking of two sets of parents to worry about.

Indeed, baseball games had so little to do with baseball, and so much to do with the divorce. It was as if two warring factions were meeting on the battlefield, and their tactics involved one-upping each other with better juice boxes at post-game snack time. My affection was the spoil of war.

They had their tactics, and I had mine. I took mental note of how many breaks I took with each parent, how many high fives I doled out and at what volume I called step-mom, “Mom.” If I was on the mound, I made grinning glances at each of up to four parents between pitches. Seventh-inning stretch involved sitting and talking with each group for such precisely equal amounts of time, it made our supposedly “equal” visitation schedule look like it was organized by, well, children.

I’m not saying I had horrible parents. On the contrary — both sets molded me into the all-around @!*&@ I am today. Sure, there were times when one parent would put me in the middle of an argument that wasn’t mine to have. But overall my folks had no idea what stress-induced havoc they were wreaking on my young brain.

The awkward baseball game is a prime example of where divorced parents can go very right or horribly wrong with their children. I know that most divorce kids, like me, think about their parents’ feelings way more than is readily apparent. I would try not to offend anyone, which weighed on me so heavily it would often bring me to tears.

And that’s why the best divorced parent is the one who can see how hard it is for their kids to worry about such frivolous things. The best parent is the one who cares so much about their child that they don’t care where the kid sits; one that will love their kid just the same even if he sits with the “other” parent at a thousand seventh-inning stretches.

The mental gymnastics that these kids go through to make sure that their parents don’t feel slighted and get “equal time and attention” often go unnoticed by parents. Andy’s comment that, “…my folks had no idea what stress-induced havoc they were wreaking on my young brain” will resonate with children of divorce and should be a wake-up call to parents who assume their kids are “doing just fine.” Many times, these kids are so worried and consumed with not making their parents feel bad that they never get the chance to process their own emotions and their own hurts.