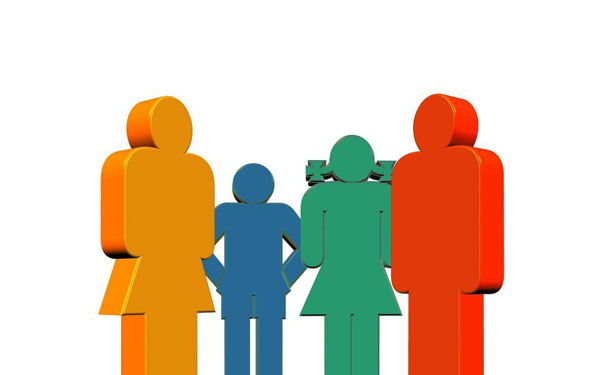 H4HK FAQs are designed to answer questions kids and teens ask when facing difficult situations and circumstances in their lives.

When your parents were married, they likely worked together to make decisions regarding you, and you probably all lived in the same house.  When parents’ get divorced, someone has to decide who will make decisions for the kids and where the kids will live.  Sometimes both parents agree on those decisions and other times, when parents can’t agree, a judge will make that decision.  That is where custody comes in.

There are two types of legal custody.

Joint Legal Custody means that both parents must still work together after the divorce to make major decisions related to their kids. Parents can share joint legal custody even if they do not share physical custody.

Sole legal custody means that only one parent has the legal right and authority to make major decisions on behalf the child.

There are three basic types of physical custody.

In this custody arrangement, children live with only one parent.  In the case of sole physical custody, the non-custodial parent (the one the children do not live with) is given visitation rights (see below).

This type of physical custody is less common than the others.  Under this arrangement, the children stay in the same house all the time and parents alternate in and out of the house as the custody agreement dictates.  For example, the children would live in the same house all week while Mom stays in that house from Sunday through Wednesday and Dad moves in from Thursday through Saturday.

Visitation rights are granted to non-custodial parents in the case of sole physical custody to provide for time with the children.

This is the most common type of visitation awarded.  In unsupervised visitation, the children may go to the parent’s house (and perhaps even sleepover).  Parents are generally allowed to take their kids wherever they would like under this type of arrangement.

Under some circumstances, the judge might ordered supervised visitation.  This means that, while the non-custodial parent is spending time with the children, another adult must be present for the entire visit.  Sometimes that person may be agreed on by the parents.  Other times, a court appointed supervisor may be used.

A relatively new form of visitation, virtual visitation takes place over the internet or computer and may include video chatting, messaging and e-mail.